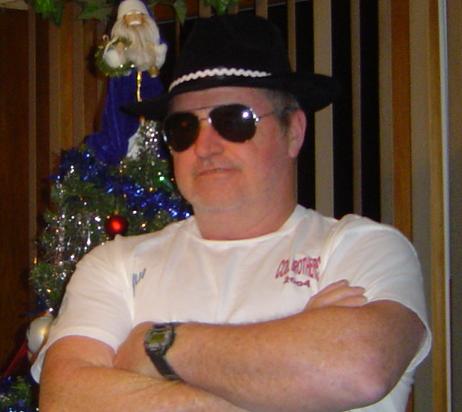 Paul W.La Port Sr., 68 of Tange  Road, Edinburg passed away Friday, June 7th 2019 at the Nathan Littauer Nursing Home with his loving family at his side.

He was Born October 16,  1950 in Edinburg.  Paul is  the son of George H. La Port Sr. and Edna Blowers  La Port. He was a lifelong resident  and attended Northville Central School.

Paul was  a veteran of the U.S. Army serving during the Vietnam War from 1970 to 1972. Paul served with the National Guard for several years. Mr. La Port was a member of Local 294 Teamsters Union. He drove concrete truck for several years and retired in October 2018.He  also attended the Edinburg Bible Chapel.

Paul was predeceased by one brother and sister-in-law; George H. Jr.and Marlene La Port  of Providence  and one sister Linda (Maynard) Handy of Kentucky. He is survived by three brothers; Stanley (Sally) of Kentucky, Jerry (Lynnette) of Providence and Wayne (Betty) of Edinburg, one uncle; Floyd of Edinburg and several nieces, nephews and cousins.

Funeral service will be at the Edinburg Bible Chapel at 3 Sinclair Road, Edinburg, NY. Viewing will be held Friday, June 14th prior to the service at the church, from 12:00-1:00 p.m. He will be interred with Military Honors at the Edinburg Cemetary, Edinburg/Northville Road.

In lieu of flowers memorial contributions may be given to Edinburg Volunteer Emergency Squad Post Office Box 904 Northville, NY 12134 or Edinburg Bible Chapel

Funeral arrangements have been entrusted by the family to the Curtis Funeral Home & Cremations, Inc.

To order memorial trees or send flowers to the family in memory of Paul William LaPort, Sr., please visit our flower store.
Send a Sympathy Card