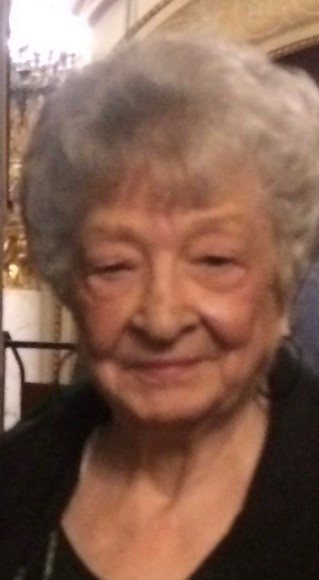 Nancy Rose Sacco, 95, of Austin Place, entered into the arms of the Lord on Thursday, May 23, 2019 at the Joan Nicole Prince Home in Scotia, New York, surrounded by her loving family.

Nancy was born on January 22, 1924 in Ft. Edward, New York, a daughter of the late Frank and Carrie (Napolitano) Mauriello.  She attended the former Nott Terrace High School and then the Royal Barber & Beauty School where she later became an instructor. Nancy also cut and styled hair in her “basement salon” for friends and family and was rarely caught without her scissors in her purse in case someone needed a trim.

She was a loving and devoted wife, mother, sister, grandmother, great grandmother, and aunt and will be truly missed by all who knew her. Nancy was affectionately referred to as “Mema” by those her knew her well. Nancy enjoyed spending time with family, cooking, and playing Bingo and cards.

In lieu of flowers, memorial contributions may be made in Nancy’s memory to the Joan Nicole Prince Home, 22 Glenview Drive, Scotia, New York 12302 or to Community Hospice of Schenectady, 445 New Karner Road, Albany, New York 12205.

To order memorial trees or send flowers to the family in memory of Nancy Rose Sacco, please visit our flower store.
Send a Sympathy Card