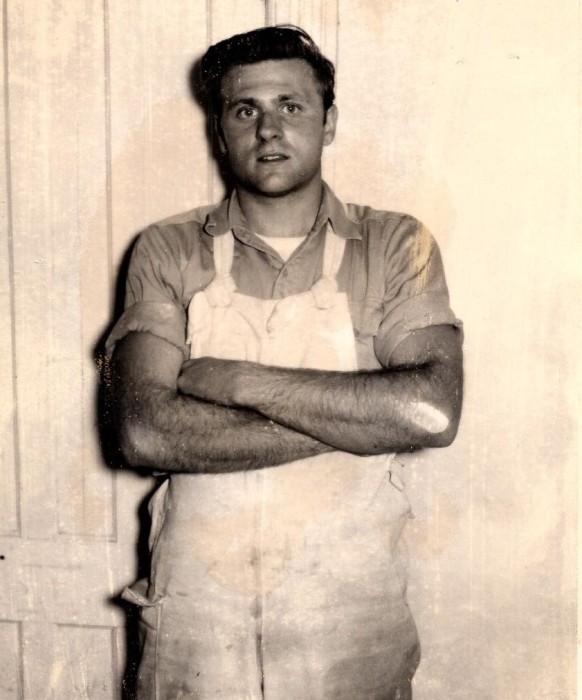 Joseph E. LeBoeuf, 89, of Cemetery Road, entered in the arms of the Lord on Wednesday, February 13, 2019 at Ellis Hospital. After a long and courageous battle with dementia for the past seven years, with his loving daughter Nancy at his side.
Joseph was born on January 19, 1930 in Schenectady, New York the son of the late Joseph and Florence Lyman LeBoeuf.
Joseph was a Truck Driver for Mayflower Movers in Schenectady and was self-employed hanging wallpaper and painting for various business’s in Schenectady.
Joseph was a former communicant of St. Ambrose Catholic Church in Latham, New York.
He was a loving and devoted husband and father and will be truly missed by all who knew him.
In addition to Joseph’s parents he was predeceased by his wife Jean Decatur, whom he married on January 7, 1950, she died on December 16, 2007 and one son Joseph LeBouef
Survivors include his loving daughters; Nancy LeBouef of Clifton Park and Gail (James) Lajeunesse of Malta, several nieces and nephews.
Funeral Service to which relative and friends are invited to attend will be held on Monday, February 18, 2019 at 11:00 a.m. at the Curtis Funeral Home & Cremations 1 Mohawk Avenue Scotia, New York 12302. A calling hour will precede the service beginning at 10:00 a.m.
To leave an online condolence please visit: www.curtisfh.com

To order memorial trees or send flowers to the family in memory of Joseph E. LeBoeuf, please visit our flower store.
Send a Sympathy Card