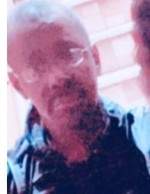 James Jamal Washington,67, of Union Street entered into the arms of the Lord on April 22, 2020 at Ellis Hospital.

James was born in Harlem New York on January 5, 1953 the son of the late Joseph and Ida Mae a Lucas Washington.

James was employed as a computer operator for many years until retiring.

To order memorial trees or send flowers to the family in memory of James Jamal Washington, please visit our flower store.