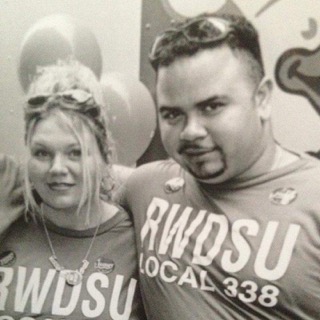 The Padgett and King Mortuary

Gil Thomas Baez, 45, of Maplewood Avenue, entered into eternal life on June 30, 2020 at his residence.

Gil Was born in Bronx, NY on March 28, 1975 the son of Divina Itiel and the late Jose Baez, Sr. He was educated in the Bronx and was employed as a Union Representative for the Teamsters In the Bronx.

Gil moved to this area a year and a half ago coming from Hicksville, NY.

In addition to his father he was pre deceased by his wife; Karen Baez.

Calling hours will be held on Wednesday from 1 to 3 PM at the Curtis Funeral Home & Cremations , Inc. 324 Hulett Street, Schenectady, New York 12307.

Masks and social distancing are required.

To order memorial trees or send flowers to the family in memory of Gil Thomas Baez, please visit our flower store.
Send a Sympathy Card

The Padgett and King Mortuary