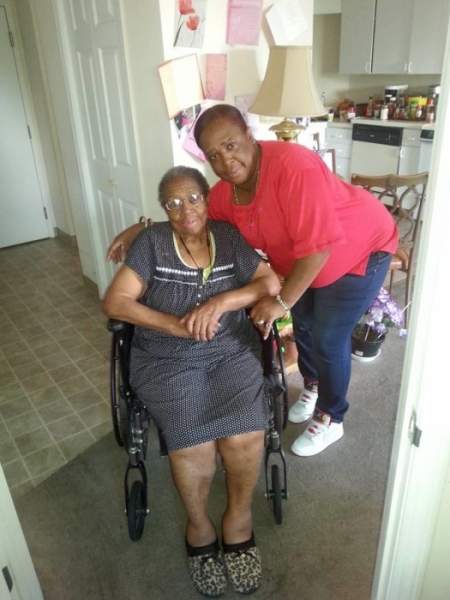 Fred Sherome Shandell Gentry was born on July 18th, 1971 in Queen, NY to Pamela Gentry and the late Fred Grant. He was raised in the Brownsville neighborhood of Brooklyn, where he spent all of his adolescent years and most of his young adult life. Fred known as Inf was very intelligent, at an early age he was very observant, keen and a free thinker. He was ambitious, a big dreamer.

Inf was diligent, but he didn’t choose a traditional work lifestyle. In his late teenage years, he would dance in Times Square for money. It’s Showtime! That’s where the show started, but it didn’t end there. He was driven, dedicated and with a style that was impeccable. He always thrived, overcoming any and all obstacles. He was the epitome of Self Made, he was a BOSS!

Inf’s presence was felt whenever he walked in a room from his flamboyant style, luminous smile and a demeanor of confidence.
He was compassionate, caring and generous.
He wouldn’t give you the shirt off his back, but he’ll give you half to get a new one because he held on to what he had because he knew how to make a dollar stretch.
He was a provider and protector, sometimes a bit over-protective.
Inf loved his family, his grandmothers and his don’t mess with his mother.
He was adventurous and loved to travel and one day desired to move to California.
He was a seafood connoisseur that complimented his meals with Henny.
He was a romantic, and his two children were the highlight of his life. He was a business man with a plethora of ideas.
He was inspirational and a leader.
He was truly a free spirit.

Unfortunately, on May 20, 2020 his journey ended, but his energy, love and memories will be here infinitely. He was a loving father, son, brother and friend. He was preceded in death by his father Fred and his son Jachin his grandmother Willie Mae Morgan. He is survived by his mother Pamela Gentry; two sisters: Shakaya Harris, Shalasis Gentry; two children, Chantell and Infinite, two nieces Jazmyne, Cali, three nephews Ulysses, Judah and Bryson. His longtime friend Duke. And a host of extended family and friends.
Due to the COVID-19 pandemic, services will be private and held at the convenience of the family.

To order memorial trees or send flowers to the family in memory of Fred Sherome-Shandell Gentry, please visit our flower store.