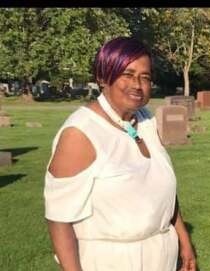 Bonnie was loyal, dedicated and took pride in her family. She love to travel and love to cook one thing for sure you know when she had an issue as she had no problem expressing herself.

Bonnie was predeceased by her parents James F. Lunday and Thelma Butler, son: Marquis Coffin and a sister; Sandra Butler.

A Home Going Celebration will be held on Tuesday , May 4, 2021 at 12 noon at Elijah Missionary Baptist Church 74 Second Ave., Albany, NY 12207. A calling hour proceed the service Beginning at 11 AM. Burial will be in Graceland Cemetery Albany.

To order memorial trees or send flowers to the family in memory of Bonnie Sue Lunday, please visit our flower store.